The Knight of Wands

Tarot of the Old Path by Sylvia Gainsford

The Knight of Wands

There is something quite extraordinary about the Knights in tarot. Unlike the Pages, they have more influence, but not as powerful as the Queens or Kings. While the higher ranked cards have more authority, their power is very much dependent upon the collective obedience of their servants. For if these individuals become disgruntled, or united in their cause, they can plot against their leaders and hold covert power in the most destructive ways. We see this type of behaviour in politics and business all the time. You’ve heard the phrase, “Keep your friends close, but your enemies closer”. While the Knight’s haven’t the monetary clout, position of power, they are the messengers who can distort facts, spread rumours, slow things down, covertly manipulate truths that if played cleverly can bring down a monarch, ruin a business or damage an individual’s reputation.

Never underestimate the Knights, for they have a power of their own, the vigour of youth on their side, they have less to lose and more to gain. This brings us neatly to today’s powerful card. For there are four Knights in tarot, four distinct personalities. Individuals who see the world in very different ways, and it is the Knight of Wands who can strike terror in the hearts of their opponents, as he can act hastily and think later. They are quick, passionate and fiery in nature, and love the adrenalin of battle and conflict.

This is a challenging world, beautiful and full of opportunities, but not everyone follows the same rule book, have the same morals and ethics. They will cast their grandmothers to the wolves if they can gain a head up, exploit an opportunity, facts that are difficult to swallow, but this type of individual doesn’t care what you think, their mind is focused upon their own needs and wants.

This isn’t a negative message, words to cause paranoia or mistrust, but a healthy warning to be mindful of your boundaries and rights. Forewarned of actions that could negatively impact upon your life and wellbeing. You’re advised to be alert to activities that could undermine or challenge your power and sovereignty, better to be safe than sorry, you’ve been warned! 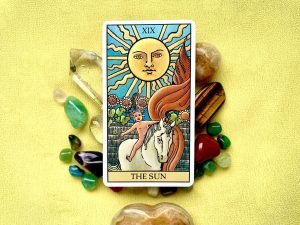 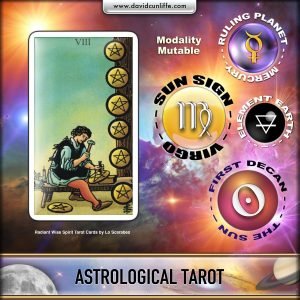