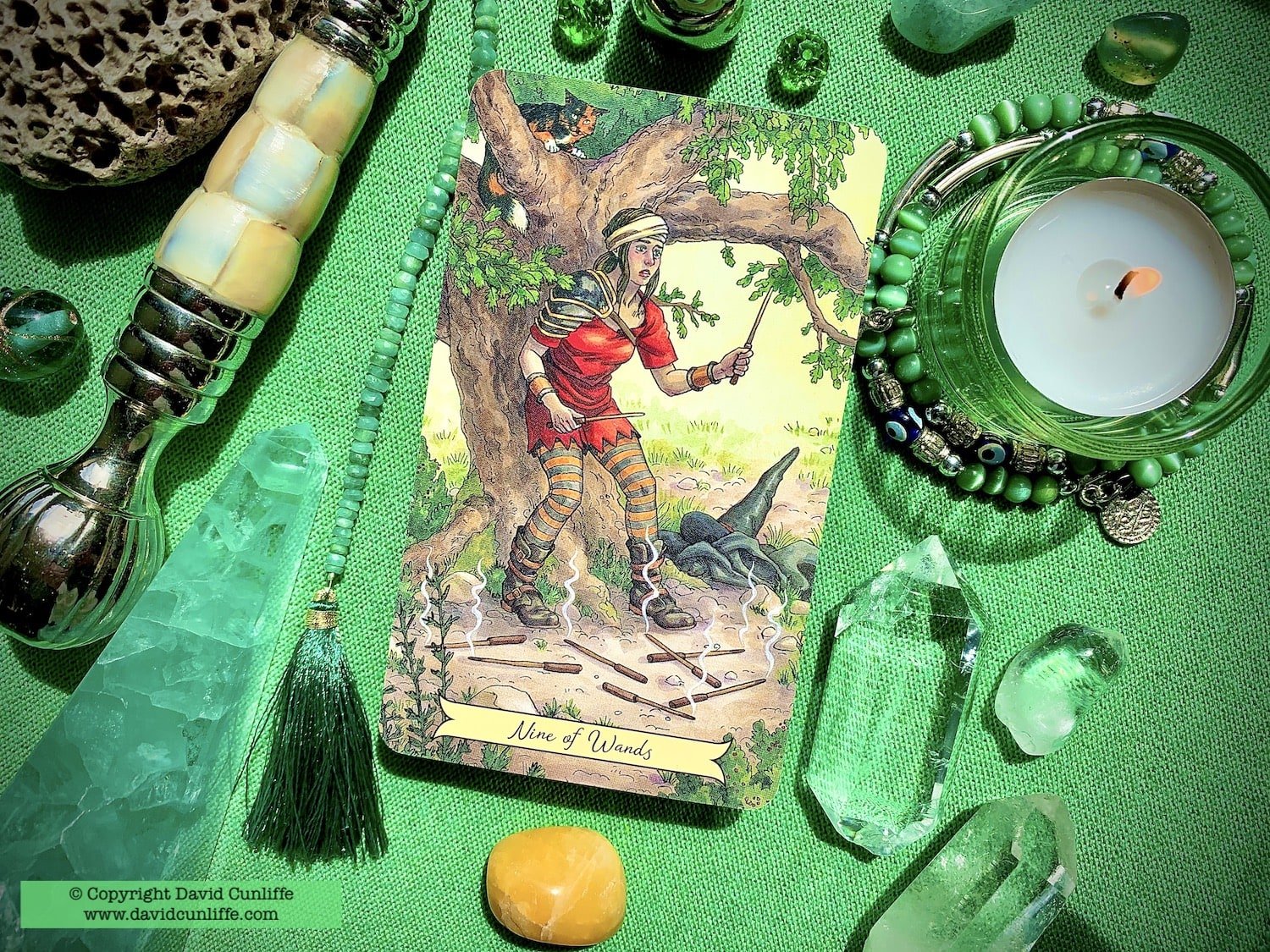 Have you ever felt like the young witch in the card, she carries her battles on her body and feels there is no other option than to stand her ground and defend her corner. She’s got courage, plenty of fight, but is quickly becoming drained and exhausted.

Now take a look at the cat in the tree, he doesn’t look too impressed. He isn’t getting caught up in all the drama, for he knows this incident will pass. He’s had many battles in the surrounding field’s and knows things will settle down, the scars will heal and eventually things will return back to normal.

The numerological dimensions of this card are also really important and offer the seed of today’s guidance and advice. For nine’s are full of optimism, new beginnings and opportunities. While the image looks active and challenging, and it is, the real energy of this card is far more settled. The witch’s challenges are nearly over, but she must be careful as she’s in real danger of overstretching herself or even burning out.

This challenging card typically turns up in a reading when we may feel exhausted, battered and bruised by the challenges we’ve experienced or going through. Like the witch in the card, you may feel overwhelmed, even considering quitting, throwing in the towel, but don’t! You need to remind yourself about all of the hard work you’ve put in, like the great oak tree behind the witch. It’s weathered some difficult storms, had a few branches broken off, endured some bleak winters, but look, it’s looking as healthy and grand as ever.

Hold in there my friend, the universe has your back, you’re stronger than you realise, you’re nearly there, and the taste of success is closer than you think! 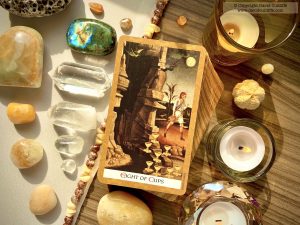 The Eight of Cups.  Within these challenging times, many of us have explored ourselves on a deeper, more intimate level. 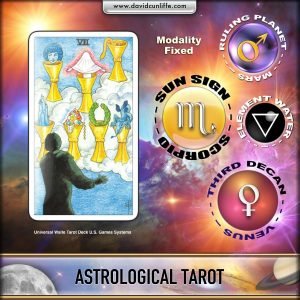 The Seven of Cups

The Seven of Cups The active energy of Mars rules Scorpio, a potent blend of fire and water. Mars, with