The Nine of Pentacles 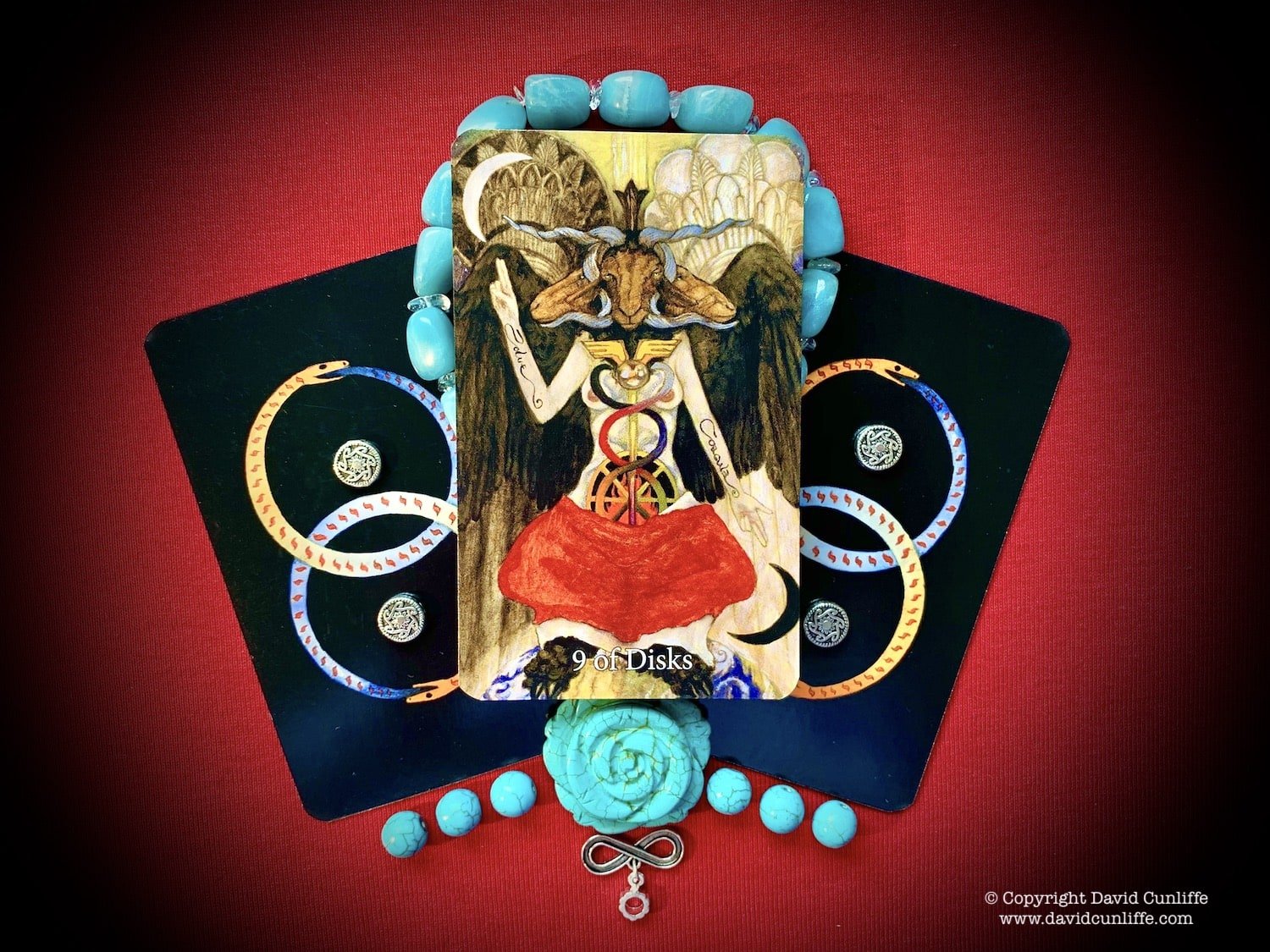 Baphomet, the figure illustrated on this wonderful version of the Nine of Disks is a much misunderstood occult symbol that represents the equilibrium of opposites. That desirable state of unity, balance and symmetry.

The Sabbatic Goat, as it is also known, points one hand to the heavens, the other to earth, matter. A deeply mystical symbol that perfectly depicts that magical state when we are neither in action or stillness, between life or death, in a state of good or evil. That mystical and mysterious nature when we can react passively, without becoming emotionally involved, yet mindful not to become cruel or hard. As you can imagine, this isn’t an easy position to accomplish, let alone sustain. But the invitation is offered, a calling from the great Goat of light and darkness to find unity of the opposites, the balance of the caduceus, the middle path. The state needed to progress and evolve spiritually.

When the effort exceeds the action, we lose momentum and control. The message is extremely clear and powerful today. Embrace the magical wand; the key is to find that sacred place where the imposable becomes tangible, thoughts become manifest. The place where we find the balance between attachment and detachment, that space between inhalation and exhalation, that fantastical and seductive state when magic becomes active, manifest and birthed into our reality! 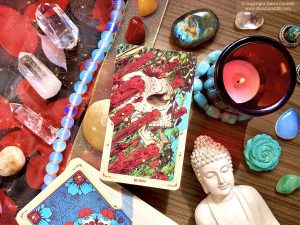 The Eight of Wands There are times in life when we’re happily going about our business, when something quite unexpected

The King of Swords From an early age, we all develop personality traits. For numerous reasons, many of us can