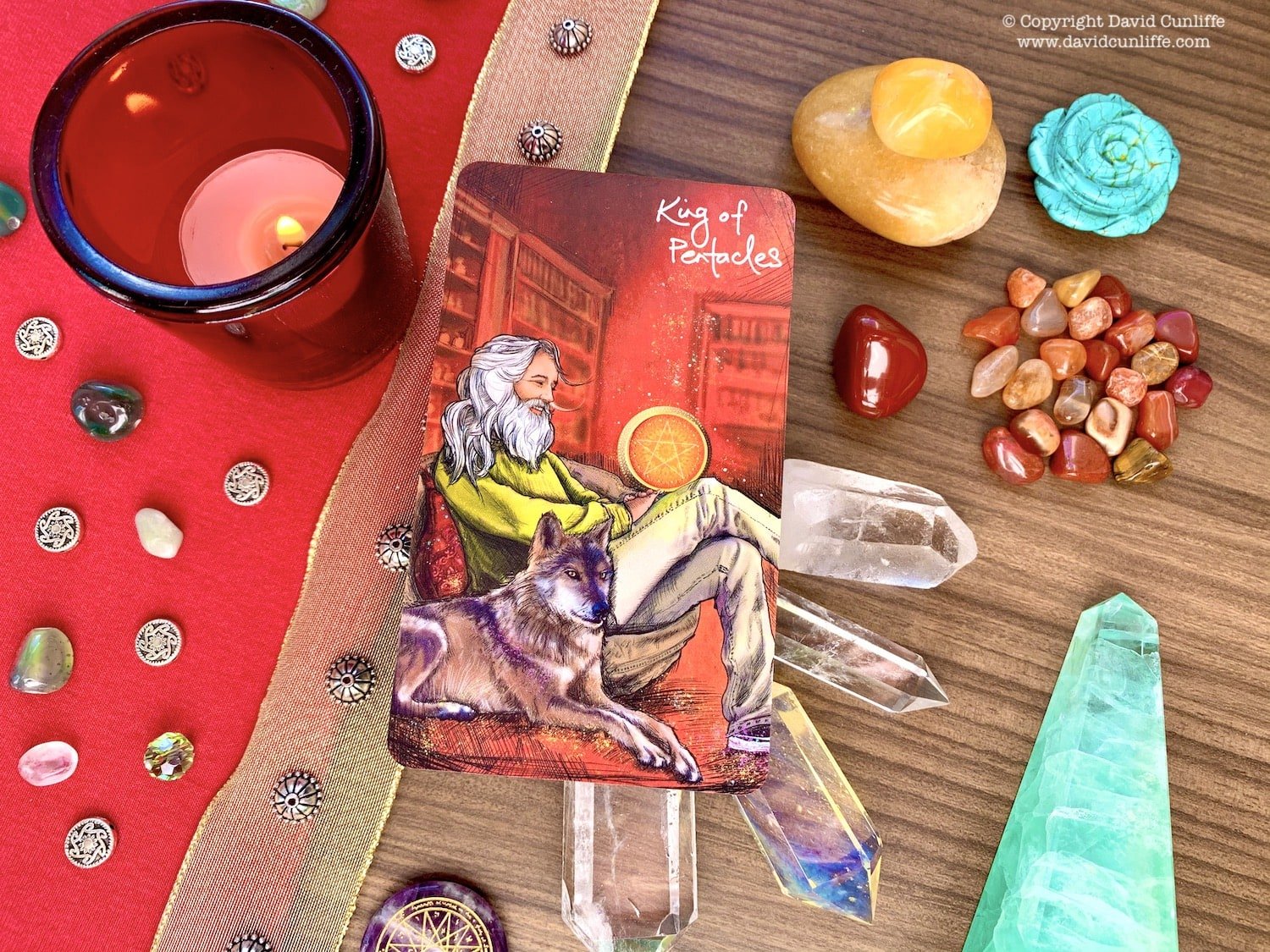 This is a deeply magical card linked to the second Sephirah of the Qabalistic tree of life, Chokmah, a Hebrew word roughly translated as “Wisdom”, offering a glimpse into the spiritual nature of this earthy card. As with “all” of the Kings, this is a very powerful and influential card that brings an important message and today is no exception.

This contemporary depiction of the King of Pentacles offers a mature and friendly aspect to his personality. Someone who’s company and insight you would deeply cherish and respect. For he’s gained great wisdom and security in his life. He knows that hard work pays off; he isn’t the gambling type but prefers to plan his moves carefully, sees life in materialistic ways, drives a vintage sports car, has property all over the world, admired and trusted, but knows when to pull in his horns, as he’s extremely skilled with money, he isn’t mean, but doesn’t like to waste money neither.

The message he brings today comes from his Qabalistic assignment, for he is the first movement that sets the ball in motion, the catalyst that brings change. For he knows the first step, will lead to another, and in due time will lead to an empire. While others will ponder, he knows action is more important, as he can always correct his path later. Like many entrepreneurs, he has started numerous businesses, some have grown into successful enterprises, while others have failed, but nothing would have happened if he didn’t have the courage to take the first step, so action.

While there’s no throne in this version of the King of Pentacles, from a spiritual perspective, he knows he’s the governor of his own life, and influencer for others. What he thinks, has the potential to become his reality, for he knows that “matter” can be influenced and changed by thought! As above, so below, a principle he is well conversed with and invites you to explore! 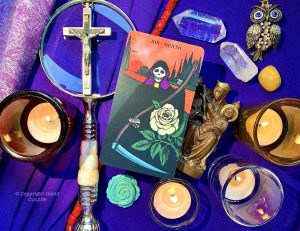 The Death Card Tarot in the right hands can be a powerful tool, it speaks with great clarity, offers insight, 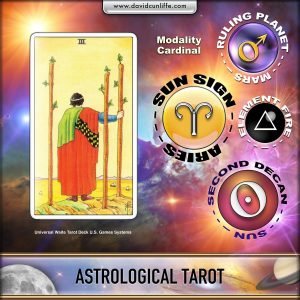 Three of Wands If I had to choose a couple of keywords that effectively describe today’s energy, they would be